The New Normal: How COVID-19 Has Changed Real Estate 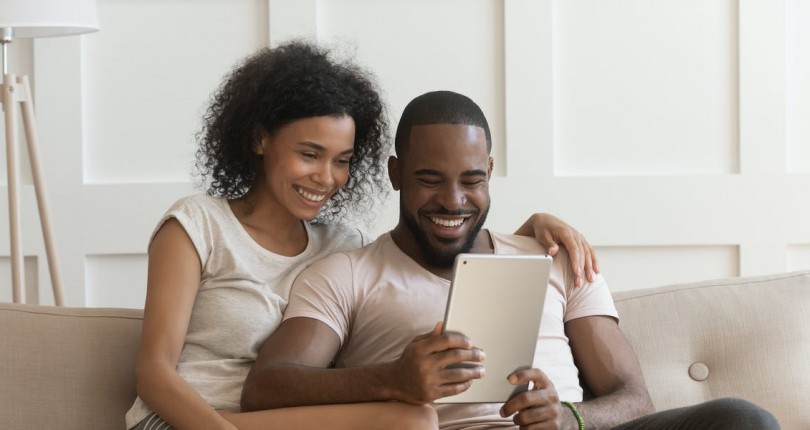 RE/MAX real estate agents offer insights for what homebuyers and sellers can expect in the upcoming months.

The phrase “the new normal” is being applied to anything and everything right now, including to define what daily life in 2020 looks like amid COVID-19. From wearing face masks in public to socializing from six feet away, society is adapting to the rather unusual circumstances.  And like with all industries, there’s also a new normal when it comes to real estate.

What can homebuyers and sellers expect in the coming months? RE/MAX agents share what they’re seeing around the globe.

Safety precautions are now even more of a must to make sure each house showing or open house event is as sanitary as possible.

Wearing a face covering and using hand sanitizer gel have quickly become the norm. Sellers often have special instructions for agents, like requiring temperature checks or asking guests to wear shoe coverings inside their homes. Although interested parties are encouraged to bring their own supplies, agents are getting creative when finding ways to provide sanitary supplies as a thoughtful gift.

“Branded safety kits are our new tools for private viewings. We now have gloves, masks and hand sanitizer available at all house tours,” shares Kathleen Shaw, an agent with RE/MAX Revolution in Auckland, New Zealand. Shaw created her own decorated kits, which include a disposable face mask and pair of gloves for clients.

In many cases, there are now limits to the quantity of people allowed inside a house at one time – and it will likely stay this way to maintain social distancing, again, the new normal.

“Everyone is being very considerate,” says Susan Loparo, an agent with RE/MAX Traditions in Ohio. “Now, when I host an open house, I’ll greet people at the door with sanitizer and make sure everyone is wearing masks. I’ll have one group touring the first floor while another group is touring the second floor – but I will not just let everyone in at once.”

Competition among buyers in some markets

The current seller’s market in many parts of the U.S. has created greater competition among buyers trying to purchase homes without going over budget. The commotion is driven by change as lifestyle factors like remote learning and working from home are shifting peoples’ wants and needs in their living spaces.

Lisa Harris, an agent with RE/MAX Center in Georgia, recently sold a home that received a staggering number of offers. The house is in a desirable Atlanta suburb, but it was also priced well.

“Limited supply in Atlanta resulted in one of my listings receiving 86 offers. When we closed, and the closing attorney said that was definitely a record for the highest amount of offers he’s ever seen on one house,” Harris says.

One increasingly popular strategy used in attempts to win bidding wars is having an escalation clause. Written in the offer contract, an escalation clause increases the buyer’s offer by a certain dollar amount to ensure they aren’t outbid. In order to prevent things from getting out of hand, those who implement an escalation clause typically include a price cap to avoid spending beyond their means.

However, Harris cautions that sometimes sellers are looking to conduct a more straight-forward sale.

“A buyer can also make their offer stand out by offering a higher sales price, removing appraisal contingencies, eliminating contingencies for their old property to sell, having an expedited closing, reducing the inspection periods or paying with cash,” Harris says. “Today’s savvy sellers are willing to analyze all factors.”

Virtual homebuying and selling practices will likely stay in place for convenience, efficiency and to provide safe alternatives for concerned homebuyers and sellers. In order to prevent unnecessary in-person meetings, buyers are beginning their home search online, touring homes via video calls and even signing digital contracts.

“I try to make sure the buyers are serious. We have many clients that are just ‘looking around for when we retire someday.’ I don’t feel it’s [the best] time for those types of buyers, especially entering occupied homes, so I have a walk-through, unbranded video for buyers to preview prior to coming to the home [for an] initial impression,” shares Sue Benson, an agent with RE/MAX Realty Team in Naples, Florida.

Now more convenient than ever, digital communication tools – like the RE/MAX Real Estate Search app and video call platforms like Zoom – allow both buyers and sellers to work alongside their agent with minimal in-person contact in this new normal.

“Without a doubt, tech has been the best ally to sellers, buyers and agents. With virtual home tours in demand, our cellphones are now our best tools. This is most likely to stay for a while – or forever,” says Tonny Madrigal, an agent with RE/MAX Executive Realty in San Jose, Costa Rica.

Between pent-up demand from the spring and consumers wanting to advance their moves in...

Canada, Vancouver real estate in particular, seemed to weather the storm that proved to destroy the...

We use cookies to ensure that we give you the best experience on our website. If you continue to use this site we will assume that you are happy with it.Ok